Matt didn’t chop up words to express his disappointment with Harrison how he’d behaved in an interview with Rachel Lindsay – the first black ‘Bachelorette’ – as they discussed photos showing Kirkconnell at a 2018 Antebellum South Party. 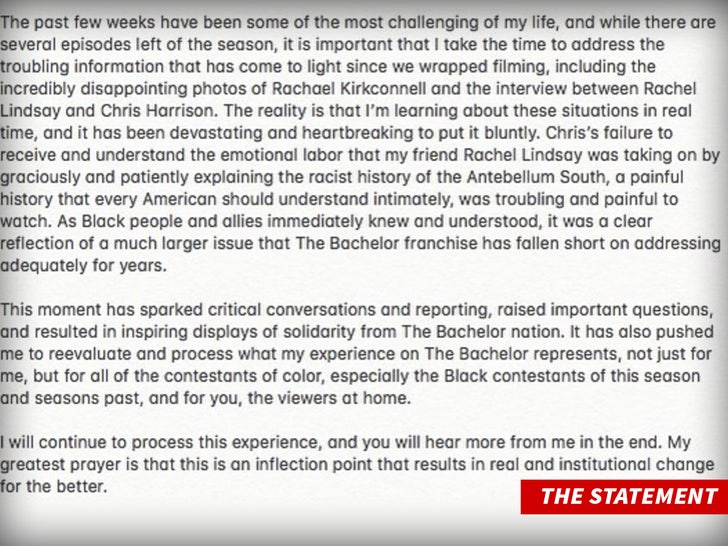 The ‘Bachelor’ said: “It was disturbing to see Chris fail to receive and understand the emotional work that my friend Rachel Lindsay was doing, graciously and patiently explaining the racist history of Antebellum South, a painful story everyone Americans should understand exactly and be painful to see. “

Matt said he was glad the controversy sparked at least some critical discussion and raised important questions … but he’s still processing it all as there are still a few episodes remaining in his season of “The Bachelor”. He also thanked ‘Bachelor Nation’ for their solidarity on an issue where former black candidates were divided on how to deal with the host’s future.

Chris has been since then he apologized and has taken a step back from its hosting responsibilities.